There are many good companies which have given solid multibagger returns over long terms. Some of them will be laying low for many years before suddenly market discovers its fortune and stock rises many folds over a short period.
For example, those who have been holding Rain Industries, Graphite India or HEG for decades, have not got any meaningful returns, but suddenly in just one year, they delivered 10X returns.  What does it mean that, if you have been holding shares of Rain Industries for 10 years and sold out in 2016 after you thought that enough is enough you have not got any returns except 1 rs dividend every year. So after that when you see Rain moving to 450+ in just a few months, you will be repenting for life why you sold it after waiting for 10 years.
But there are few other companies where share price rises almost every year because of solid growth in earnings and profitability year after year. These second group of stocks are called compounders. If the net profit keeps growing over 20% every year, then share price will also rise every year. Asian Paints, Page Industries are some of the fine examples of best compounders we have seen. If we hold such companies in our portfolio then we don’t have to worry about a sudden crash in share prices or a prolonged period of no movement. These companies are mostly consumer oriented and mostly have no impact on oil prices/Trump tariff war/Elections in India/Fall in currency etc.
So in order to get one long-term share which can compound your money over the 5-10 years time frame, I have identified one share from liquor industry which is Associated Alcohols & Breweries.

Associated Alcohols & Breweries Limited
Associated Alcohols & Breweries Limited (AABL) is one of the leading and largest liquor manufacturers in central India
The Company was incorporated in 1989, and set up by the Founder Chairman, the Late Shri Bhagwati Prasad Kedia, whose vision envisaged the formation of the Group. The legacy carried forward by Mr. Anand Kumar Kedia and Mr. Prasann Kumar Kedia, the promoters of the Group today.
Extra Neutral Alcohol is a vital ingredient in the making of an alcoholic beverage. AABL supplies this vital ingredient to many leading manufacturers under a special agreement.
single-source supplier of raw material for Smirnoff Vodka to Diageo (owner of brands like Smirnoff vodka and Johnnie Walker Scotch Whisky)

The liquor industry has seen a rise in input and raw material costs.
The sector is subject to higher taxes which could disrupt demand.
Certain state governments have imposed a ban on liquor sales. 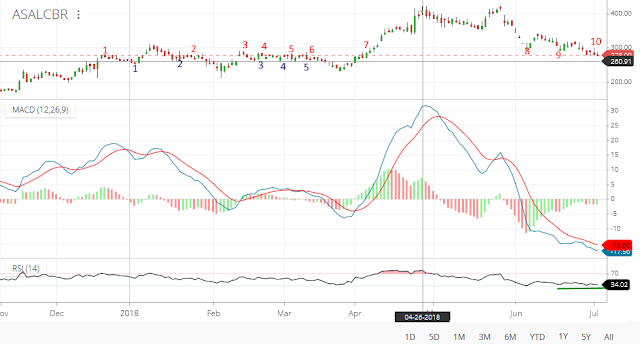